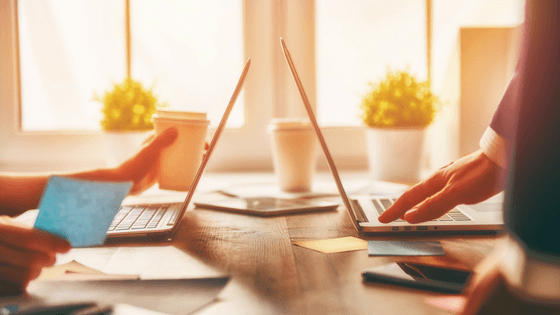 Oh, I’m so excited about today’s lesson! Over the past few months, I shared lessons with you on how to answer How Would You Describe Yourself in English and 23 New Ways to Describe People Positively.

Today is the third and final lesson in our series on how to describe people and their personalities in English.

As you and I know, sometimes there are things we don’t like about people. There are colleagues we don’t get along with or characteristics we don’t appreciate. And today you’ll learn how to talk about those negative characteristics in English with common words and idioms.

In the video, you’ll some of my favorites and some expressions that are particularly challenging. Then below the video, you have a list of 28 new ways to describe people negatively in English.

And don’t forget to review the practice opportunity below!

Curious how to say what you don’t like about people? Here’s how.

someone who is generally unfriendly, distant, or cold toward others.

someone who is always ready to fight or argue; someone who might be very forceful to get what they want

someone who often gives unhelpful criticism and rarely offers their own ideas or solutions.

someone who believes they are better or more important than other people; egotistical

someone who often tells others what to do or gives orders

a lazy person who spends a lot of time sitting, watching TV, playing video games, or doing some other activity that doesn’t involve physical activity.

someone who is always good or always follows the rules BUT is a little arrogant about it, thus it has a negative connotation

to have a bad mood or bad temper

someone who makes decisions without thinking or considering the consequences; doing things without thought or care

someone who cannot make a decision

someone who is focused or obsessed with material wealth and possessions

someone who is annoying or unpleasant; offensive

Pain in the neck

someone who is annoying; a situation that is annoying or inconvenient

someone who is never pleased or happy with their choices

someone who refuses to change; to be inflexible

someone who tends to offend or upset people

someone who never shows concern or care for others

someone who spoils or steals other people’s fun; disapproving

After you’ve watched the video and reviewed the key language for today, review my challenge question for you. This is your opportunity to practice and get feedback!

I look forward to hearing from you on today’s topic!

#244: Motivate Your Team in English — Essential Strategies & Phrases for Leaders

Motivate your team in English and effectively demonstrate your leadership skills with these 14 must-have phrases + 4 key strategies. Get clear example sentences that you can confidently adapt to your needs as a team leader in an English-speaking environment at work. 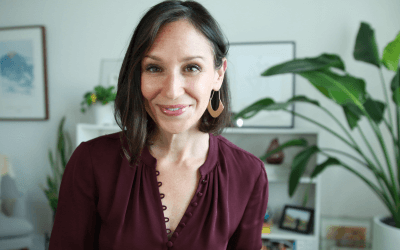 Use these English idioms to express your feelings. Idioms add creativity and nuance so you can express yourself precisely.

Hi Annemarie my name is Kantis Hona Deaf hard of hearing I may not be good English! Anyway from Hamilton NZ 🇳🇿 here…. All Time this positive vibes post with all the well Saids made me wonder ‘I can afford to Think Hard not stink arse! basically a lot to do with goody-goody two shoe etc …… And also I not going to asked here would you don’t mind if I allowed to copyright each one of my favorite words of encouragement quote (may not it!) from you…. Am going to share with on my fb page [email protected])and another question… Read more »

I really enjoyed this lesson, since I’ve learned new adjectives.
There are three characteristics I just can’t stand on a person: someone who tends to be materialistic, busy body, and armchair critics, for I feel these people drains others good vibes.
Thank you Annemarie

Thank you so much for those vocabularies …I am positive that I will improve my language thanks to you !
Here is one of my sentence:
Lazy is such an ugly word with no interest . I prefer to use the word couch potato ! credits to @Annemarie ❤😘😜

hi
Thanks for your practical lessons..Thats really fabulous..and also i can improve my speaking.. I figure out that we can write some sentences
which are related to topic that you taught and get feedback from you..so how and where can I send my sentences? Thanks in advance 🙂

I encourage students to share their answers here, in the comments at the end of the lesson. That is where I provide feedback.

Thanks for these words. Would aloof and aggressive be good words to describe the character of Mark from the movie The Social Network? Kind regards, Iliana

Hi Illiana, good question. Unfortunately I’ve never seen that movie, so I’m not sure. Hopefully someone else in our community can confirm whether those would be good words to use.

Hi Annemarie, thank you for your lessons. In my friends points of view I can be kind of aloof in the beginning when we meet each other. My little son,he is three years old, is clingy. There is a aggressive boy in my second son’s class and he is very easy to get angry. My workplace is such a good place training my temper because one of my colleagues is real pain in the neck. Thank you.

Great use of some key vocabulary terms from the lesson.

One note: We can simplify “he is very easy to get angry” by saying, “He’s easily angered” Or “he has a short temper.”

I sometimes feel like a couch potato, I can’t help it. That is why I push myself to workout to avoid my natural tendency. This situation makes me a bit grumpy and moody

Thank you so much,now I learn a new words to describe a person in a positive way..Thanks

ummmm sis these are not positive

Yes, the lesson is focused on ’28 Negative Adjectives…’

You’re so welcome. I’m thrilled to know you enjoy them. Great use of busybody, kind of clingy, big-headed, and picky!

A friend of mine has thousands of positive traits but she is mentally lazy person. What is the word to describe such person?

Thank you very much

What an interesting question, Valentina. I cannot think of a specific adjective we have for a mentally lazy person but we could say that someone like that “lacks initiative.” I hope that answers your question.

Hello Annemarie,
The lesson is very useful, rich with many new words and phrases. my example is: I know a person who is armchair critic, because he afraid of responsibility .

Thank you for the comment and I’m glad you enjoyed the lesson.

The lesson is very helpful..
Just implementing the newly learnt words and phrases..😃
I know someone who is an aloof , aggressive , obnoxious,goody – goody,
Sometimes wet blanket ..and an introvert…coming to the conclusion it is me…!!😃

I’m happy to know this lesson was helpful. Now that you’ve focused on the negatives, what about some positive adjectives? 🙂

Hello Annemarie! The lesson is fantastic, so many new words and phrases. Now my example: I know a person who is always picky and he sees everything in the negative light. Sometimes he is really a wet blanket for me at our weekends or vacation but in spite of everything I love him so much because he is my elder son:)))

I’m so glad you liked this lesson, Olga. Great use of the word picky and the expression to be a wet blanket! I suppose every family has one person who is a bit picky, which can make things challenging for others. 🙂