You know when you’re choosing what to wear, certain colors, shapes and patterns just go together really well and make an outfit really pop and look fabulous? Well, words are the same. Words that just fit together so nicely that everyone tends to use them in that way are collocations, like make friends, not get friends, that sounds awkward. And heavy snow or heavy rain, but not strong snow or rain.

Learning some of these English collocations, or best friend words, can make it quick and easy to put a sentence together. Using them regularly will help you sound more fluent as well.

It’s something native speakers do without a second thought, and it saves time and effort.

Today you’ll learn and practice 10 English collocations with the word say, which according to Word Frequency Data is the 19th most frequently used word in English.

Can you identify the correct collocations in this video?

English Collocations with the Word Say

Review the questions below and see if you can identify the correct English collocation. Then check your answers below.

Number 1: Imagine you have enjoyed a fantastic dinner with friends. When you say goodbye you want to tell them what a great time you’ve had. Which of these collocations works best here?

Number 2: Let’s say your colleague has really stepped up and supported you on your project this week. You want to thank they before leaving the office. Which collocation would fit?

Number 3: Imagine this terrible situation. Two colleagues at work really don’t like each other. When talking about their relationship which could you say?

Number 4: What if there is a huge argument going on and someone asks your opinion?! Trying to avoid giving your opinion you say:

Number 5: Saying something to say is quite the opposite. If your friend says this, what does she mean?

I can’t believe she did that! You really should say something!

Number 6: Let’s look at a similar English collocation – have something to say. What do you think it means?

Oh dear, when she sees this mess she’s going to have something to say!

Number 7: Let’s look at one more collocation with something, so you are clear about the different ways we use it. From these examples, what do you think ‘says something about’ means?

What you do under pressure says something about you.

Our homes say something about us.

The career you choose says something about you.

Numbers 8 & 9. We have two sayings that mean ‘obviously’ or ‘of course’. Which ones do you think have this meaning?

Number 10: Last but not least we have an old saying that parents all over the world teach their children. Can you identify the missing words:

Now that you’ve completed the questions, check your answers for the right English collocations with the word say and get additional examples.

Number 1: b. I can honestly say this has been a fabulous evening!

‘Honestly say’ is often used with the modal verb ‘can’ and means, I’m telling the truth when I say that…

Number 2: c. I just wanted to say thanks for all the help.

This is a polite way to say ‘I would like to say something’. Like all collocations these words roll off the tongue and sound right together.

Here are some good examples:

Number 3: a. It’s fair to say they’re not friends.

‘It’s fair to say’ means something is probably true. For example:

Number 4: c. I have nothing to say on the matter. I’m staying out of it!

If you say you have ‘nothing to say’ you might be choosing not to talk about it. We often hear famous people say this to the media or journalists, when they don’t want to comment on a scandal, something embarrassing or private:

And criminals lawyers often say this outside the courthouse:

Or you might say it because you are angry and be choosing not to talk to someone:

Number 5: a. ’say something’ means you need to confront someone or report a problem, you need to stand up and speak out about an issue. For example:

Number 6: b. She’s going to be mad and maybe even yell about it.

Number 7:Since we know homes and careers can’t talk, this means these things indirectly show what someone or something is like.

So how you react under pressure shows whether you are a calm, level-headed person or an anxious one who freaks out. And the job you choose shows what you are good at, interested in or value. Your home might reveal that you are into modern design or that you enjoy traditional architecture.

Be sure to check out: Collocations in English with the word Think

Now you have 10 ways to put sentences together more fluently using collocations with say. This is a great time to practice what you have learned.

How would you use any of the collocations you learned in this lesson to respond to these situations:

You can share your answers and get feedback in the comments section below.

#195: Express Doubt and Uncertainty in English [11 Phrases & Idioms]
#248: Say vs Tell | Speak vs Talk: Understand Confusing Verb Pairs
8 Summer Idioms That Are Easy to Use in English Conversation

For stress-free, worry-free professional emails in English, here are 7 tips plus common sentence starters you can start using immediately. 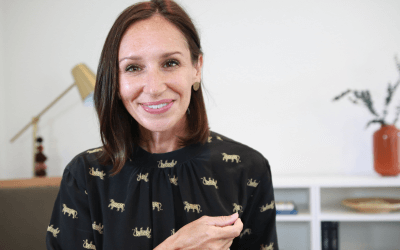 Learn the precise differences between used to + get/be used to so you get them right every time without worry or confusion. 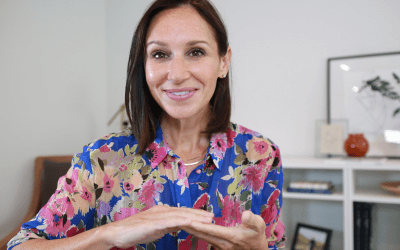 Linking words help to smoothly connect one sentence to the next, creating seamless transitions so you can speak English with clarity and flow.

1. I should say you must apologize with him. 2. The way which they are searching a home say something about their relationship.

Dear Annemarie, you are certainly an impeccable teacher! I thought that brushing-up my english was a a catch-22… I really appreciate your lessons. If only I could refresh my french and italian in the same way!

Hi Katerina. Thank you so much for your comment. We’re thrilled to know Annemarie’s lessons are helpful to you and we wish you much continued success in your English.

1. I can honestly say she’s crossed the line. It’s fair to say you that you don´t deserve to be treated like this. Stay calm and remember ‘what goes around comes around’.
2. I have nothing to say at this matter! You both always agree in disagree.

I can honestly say she’s crossed the line. It’s fair to say you that you don´t deserve to be treated like this. Stay calm and remember ‘what goes around comes around’.

The answer to question number one. Your best friend has been treated unfairly by a colleague at work. What do you say to your best friend?

Can you honestly say you still love your colleague?
You should speak up and tell someone about what happened.

And the answer to question number two is:
I have nothing to say on the matter. I’m staying out of it

Thanks for sharing these incredible “tips”, the real use of the language. I usually learn a lot!

Thank you for your comment, Neusa. We’re so glad the lesson was helpful to you and we wish you much continued success in your English.

Thank you very much for the information, this list will be very useful for the students of the residence! Regards!

1. It’s been not fair, you should say something about it.
2. Needless to say that they don’t like the same houses

“That kind of action says something about her. I think you should not overlook this and report to your line manager. But whatever happens I am on your side”.

Awesome job Chi! We hope you enjoyed the lesson! We can see you definitely are using what you learned already! Well done!

1. Needless to say ,they are wrong and I have something to say to your colleagues. First of all, calm down and try to say something. 2. I can honestly say it hasn’t surprised me, you are really different people. It goes without saying it’s hard to make a general decision.

Great work, Elena! 👏👏👏 I’m impressed that you used needless to say, something to say, say something, honestly say, AND goes without saying. These are all good responses.