How to Apologize in English (When You Make a Mistake)

Oh no! You get an email from your boss asking where you were and realize you just missed a meeting! 😬 Now you need to apologize. But what’s the best way to apologize in English?

In English, we have the saying ‘everyone makes mistakes’, and it is a common saying for a reason: everyone does make mistakes. But, when it happens to you it sure doesn’t feel okay. The good news is, I can help you know how to apologize in English, without feeling too awkward.

You’ll learn exactly what to say and how to smooth things over so you can move forward.

Even better, by the end of this lesson you’ll know how to resolve mistakes gracefully and with confidence, both at work and in your daily life, with 4 simple steps.

4 steps to apologize in English.

How to Apologize in English — Step-by-Step

It sounds easy, but this is something many people are uncomfortable with.

It takes a really mature person to own up or admit that they made a mistake. Hiding it or trying to cover it up frequently leads to trouble and as we say in English, it can come back to bite you! For the sake of your professional and social reputation, it’s much better to be honest and admit you’ve made a mistake.

Mistakes are so common that we have many words for them, and will be useful in admitting it. We often use the present perfect when it happened recently or the effects of the mistake are still being felt.

We also say things such as:

Of course, we sometimes get emotional about making mistakes. So it is natural to say things to express those feelings.

You can include these together with admitting your mistake:

You’ve recognized you made a mistake, admitted it and got some of those feelings out.

Now the mature thing to do is to apologize. Of course, you could say, “I’m sorry.” But we have many more options to apologize in English.

Plus, we often use stress to show we’re genuinely sorry with some key words. For example, you’ll want to stress words like SO sorry and REALLY sorry.

Here are some of the best ways to apologize:

These are good ones to use at work:

(Hey, want to improve your pronunciation with word stress? Here’s my full lesson on How to Use Word Stress in English.)

After apologizing, it is helpful to briefly explain what happened.

You don’t want your explanations to be too long and complicated or it will sound like you are just making excuses.

Keep it short and clear.

In a moment I’ll show you exactly how to do that by putting this all together but for now, here are some short explanations you can use:

Step 4: Say how you’ll resolve it.

You’ve admitted you made a mistake and apologized. The last thing left to do is let people know what you’re doing to fix the mistake.

It might be what you’re doing right now or what you plan to do in the future to avoid this happening again.

How to Apologize in English — An Example

Now you know all 4 steps to apologize in English and do it gracefully.

Let’s look at that example from earlier where you accidentally missed a meeting at work because you recorded the time incorrectly. It is a simple mistake with embarrassing consequences that make you feel unprofessional. But it’s not the end of the world. Remember, everyone makes mistakes.

Let’s just handle it with the 4 steps. Here’s an example of what you could say:

“Oh my goodness, that was a real oversight. I’m so sorry about that. I had that meeting down in my calendar for tomorrow. I would hate for this to happen again.  I want to be more careful in future, so I’ve found a great calendar we can use online and synch up all our meeting times. It has reminders, so this will not happen again.”

Now it is time to practice what you have learned.

Choose one of these mistakes and tell me what you would say. Remember the 4 steps: Admit it; Apologize; Briefly explain; Say how you’re fixing it.

Share your example in the comment section below. It’s the best place to get feedback and learn from others in the Confident English Community.

#167: Professional English — What to Say When You Don't Understand
#179: How to Congratulate Someone in English
When You Need to Tell Someone to Wait, Here's How 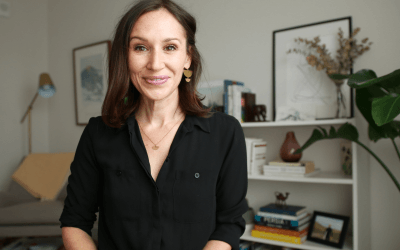 There are 2 reasons why the third conditional is useful in English conversation. Find out exactly what those are and how to use this form accurately. 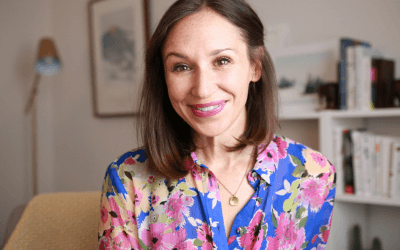 10 Questions to Start a Conversation in English 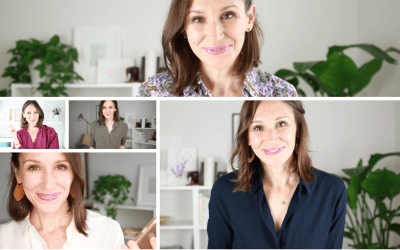 Better ways to ask “How are you”, must-have telephone phrases, power words for job interviews, phrasal verbs for work and strategies for effective vocabulary learning — these are the top 5 Confident English lessons from 2020!

Mam I really impressed they way you teaches

Again Thank you for your blogs full of common sense and clever. Now, my point is that I think that the obliged excuses are not the same in different contexts, p.e In a bank or in a workshop, in a shop or in a travel agency, etc so trying to memorize all ways to excuse is not good, we’d need a context, so sorry if I’m wrong.
Jaime

You’re right that we have to adjust, based on the situation and who we’re speaking with. That’s why I always give so many examples in my lessons. I want my students to expand their vocabulary and language know-how so they can be adaptable. 😊

Hi Annemarie.
Example 4: ” Oh my God! I’m so so sorry. I can’t believe I did that. I hope you can accept my apology. Please don’t worry. I’m going to buy another one, exactly like yours, tomorrow.

Great job using the strategies and language from this lesson, Bahar. Hopefully you’ll never need to use them though. 😊

I feel terrible to admit that I’ve lost the report we finished last week.
I’m genuinely sorry.
I was convinced that I sent it to the managing authority, but I wasn’t. I’ll contact representative of the manging authority and explain the current situation and will try to agree on extension of submission deadline.
And I’ve already started to prepare the report once more and I’m going to finish it as soon as possible. It won’t happen again.

Fabulous apology Agnese! You really nailed it! You have lots of really great grammar in here. The only things to adjust to absolutely perfect it would be: …but I wasn’t (we need a different verb here).

Which articles would you add here?: ___representative of the managing authority; agree on ____ extension.

I love your use of present perfect in ‘I’ve already started’. I also love ‘I was convinced that…’ great way to say it!

Hi Annemarie!! How are you?
I´ve chosen example number 4.

Hi my friend! How are you? I need to tell you something… not to tell you. I need to ask apologize you. I´m so sorry about your bag that you lent me. It was an oversight on my part because I´ve put on more weight that your bag supports. So the handle off ripped. But you don´t worry about that. I´ve made a mistake and I´m going to by another one by next week. And It´ll never happen again.