Celebrating Halloween and Talking About Fear in English

On October 31, Americans will dress in scary costumes, visit haunted houses, and go trick or treating for Halloween … will you?

If you have watched many American films or American TV series, then you have probably seen something about Halloween. But what is this holiday? Where did it come from and why do Americans celebrate it?

In the United States, Halloween is a time for spooky ( = scary) costumes and decorations. People who enjoy the feeling of being scared often visit haunted houses or watch horror films around this holiday.

Let’s see what you know about Halloween and Its History by starting with this short quiz below!

Quiz: What do you know about Halloween?

How much do you really know about Halloween?

Take this quick quiz to test your knowledge. Review the statements below and decide if they are True or False.

1. Halloween is a holiday that started in America.

4. Halloween is mostly celebrated by religious people in the United States now.

5. Jack ‘o lantern is the word used for a carved pumpkin with a candle inside.

Keep reading to find out about these answers and to learn more about Halloween!

The History of Halloween in the United States

Boost your Halloween Vocabulary!! Read the text below.
Can you identify the missing words (hint: use the word list on the right!)?

Halloween is a famous American holiday celebrated every year on October 31. Traditionally, children wear 1.__________, they visit houses in their neighborhood, they carve pumpkins and play games at school like ‘bobbin’ for apples.’ But where did this holiday come from? How did it start? And is it really an American holiday?

In truth, like all holidays, Halloween has changed over time. And the roots of this holiday come from the 2. __________ – people who lived in Ireland, the United Kingdom, and northern France over 2,000 years ago! Its origins are rooted in pagan beliefs.

The Celts celebrated November 1 as their New Year and they believed that on the 3. __________ (= night before) the New Year, the living and the dead would meet.

Eventually, Christian believers started to call November 1 All 4.__________ Day (or All Hallows Day). This became a day to celebrate saints. As a result, October 31 was called All Hallows Eve (some people still use this name in America) and this name was later changed to Halloween. But, at this time, Christians still believe that the dead (or even spirits) would visit them and maybe cause problems on October 31. To keep the spirits away, people dressed up like 5.__________.

When Europeans arrived in America, they brought this tradition with them. Some of the European traditions changed. For example, pumpkins were very common in America, so immigrants started to carve and put candles inside pumpkins to use as a 6. __________, thus the name Jack ‘o Lanterns. Americans continued the tradition of wearing costumes and visiting friends/family for food but eventually, this turned into the tradition we have today of children wearing costumes for “trick-or-treating.”

Now the holiday is mostly celebrated with children and is a non-religious holiday. Children may wear costumes to school or attend parties that include games and food. On the evening of Halloween, they will wear their costumes, visit neighbors, knock on the door and say, “trick or treat!” Then the children usually receive a piece of 7. __________ or something special. Some children still perform for the treat by reciting a poem, for example.

Some adults also celebrate by attending costume parties with friends, family or colleagues, and many businesses decorate their offices with Halloween decorations.

In addition to costume and trick-or-treating, Americans have other traditions with Halloween as well. Normally, a few days before October 31, families will buy large pumpkins to carve. They will make funny faces on the pumpkins, put a candle inside and then leave them outside their home. A common children’s game is ‘bobbin’ for apples.’ For this game, a 8. __________ is filled with water and then apples are placed in the water. Children must put their face in the water and try to get an apple with their teeth without using their hands.

Fill in the blanks with these words below:

New Expressions and Synonyms for Fear in English

Don’t ever do that to me again! That scared the living daylights out of me!

Haunted houses really scare you! You were as white as a ghost the entire time we were in there!

(To be/feel) Freaked out = to be scared or feel afraid; to be shocked

I have to admit, that movie totally freaked me out! I don’t know why I watch these horror movies. Now I won’t be able to sleep.

Scare the pants off someone = to strongly scare someone else

When the man in the monster costume jumped out of the dark, it scared the pants off everyone.

The feeling of someone following me made my blood run cold. I’m never going to a haunted house again!

Halloween Photos from Around the World

And (just for fun) the entire 13-minute Michael Jackson Thriller Video – it was so scary when I was a child.

Now that you’ve reviewed the lesson and learned more about Halloween, I’d love to hear from you!

Have you ever dressed up in a costume for Halloween? What was your favorite costume? I remember as a child, I often dressed up as a punk rocker. 🙂

I’d love to hear about your Halloween! Or, if you don’t celebrate Halloween, do you have a similar holiday at this time of year? Share in the comments section below. 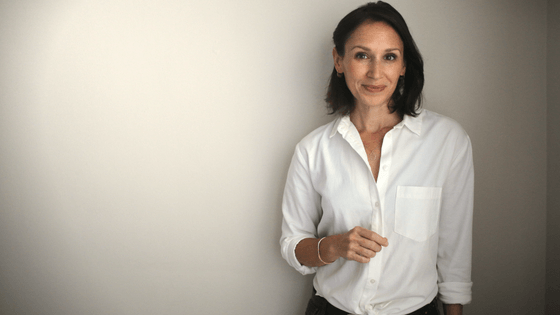 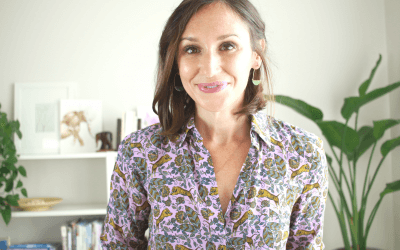 Use 4 simple steps to build effective habits and master your English confidence. I’ll show you how with practical action steps and a free download to get you started.

Sheer guts, utter crap, brand new, blatant stupidness. Intensifying adjectives are a wonderful way to speak with impact in English and the best way to learn them is with collocations. 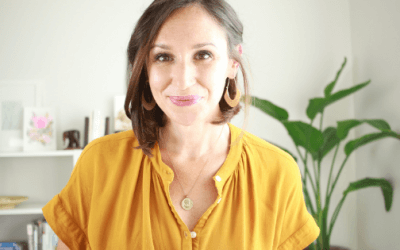 How can you best express your support for a friend’s idea, opinion, or decision? You could say, “I support you.” But there are better ways to say this.

Hello! It seems to me that we do not have the similar holiday in our country (Ukraine), it is rather unique. Haloween became well-known in our country just several years ago and it is not widely celebrated by people in general. Mostly the youth visit (or organize themselves) costume parties in all types of cafes, night clubs etc. As for me I took part in Haloween celebration for several times during my study in the University (we learn British and American culture and knew this holiday long ago) as it was a very popular and interesting event in the students… Read more »

Sounds like you had a lot of fun during your university years with Halloween celebrations! And everything was perfect: costumes; scary, painted faces; trying to scare each other. We do the same in the United States.

Have a great weekend and thank you for sharing. What a fun memory!

Fluency School for Autumn 2020 is full.