Everything You Need to Know for Talking about Holidays in English

This lesson has been updated from its original post on December 23, 2015.

December is the month of holiday parties, cakes, and cookies, decorating trees, lighting candles, drinking hot chocolate, wrapping gifts, spending time with loved ones, and reflecting on the year. And that always means talking about holidays in English.

Are you ready for conversations with friends, neighbors, and coworkers about your holiday traditions?

Learn everything you need to know so you can focus on enjoying the conversation instead of feeling nervous about what to say!

With this lesson you’ll learn about:

And, if you love holiday baking as much as I do, be sure to check out this special lesson from my kitchen: English for the Holidays: Baking and Cooking Vocabulary.

Conversation starters for chatting about the holidays.

Talk about December Holidays in English

Because the population in the United States is so diverse, there are many holidays celebrated in December. Here are a few of the most important:

Christmas celebrates the birthday of Jesus Christ and is celebrated by Christians on December 25. The holiday is also very cultural in the United States, celebrated by both religious and nonreligious families. The day before Christmas, December 24, is known as Christmas Eve. This is also a very special day for many families. Many religious families will go to church during the evening hours or at midnight to celebrate Christmas.

Hanukkah is an 8-day Jewish festival (also known as the festival of lights) celebrated in the month of December but based on the Jewish lunar calendar, as a result, the dates change from year to year.

Mawlid Un Nabi is occasionally celebrated in December (depending on the calendar year) by some countries as the birthday of the Prophet Muhammad. The date changes every year because it is based on the Islamic lunar calendar.

Kwanzaa is a weeklong celebration of African culture and heritage among some African-Americans. It is celebrated by a small percentage of persons in the United States and takes place from December 26 – January 1.

And – of course – New Year is on January 1. It is considered the first day of the year according to the Gregorian Calendar.

Note: Of all the holidays, Christmas and New Year’s Day are the only federally recognized holidays in the United States. A federal holiday means government and public offices are closed and most businesses are closed as well.

“December is the month of holiday parties, cakes, and cookies, decorating trees, lighting candles, drinking hot chocolate, wrapping gifts, spending time with loved ones, and reflecting on the year.”

Common English Greetings for the Holidays

Not sure what to write on a card or how to wish your colleagues a happy holiday?

Use the following expressions in emails, cards or in spoken form (unless noted specifically). These are perfect to use with English-speaking friends and colleagues as you get closer to the end of the year or the holiday season at the end of the month.

These are great to use in any situation, no matter what holiday someone might celebrate. Generally speaking, you can use them throughout the month of December with friends, colleagues, and acquaintances.

This is a great expression to use in general because it isn’t specific to any holiday. It can be used throughout the month of December and for everyone, no matter their religion. This can refer to Christmas, Hanukkah, the New Year, Mawlid Un Nabi, Kwanzaa, and Winter Solstice.

This expression is most often used in writing rather than in speaking. Like ‘Happy Holidays’ it is a general term and can be used throughout the month for anyone. It is often seen on business holiday cards and personal holiday cards.

Have a peaceful holiday season.

This is often used in written form, on holiday cards or used for holiday greetings.

Have a great holiday!

Use the following well wishes or greetings for specific holidays during the month of December and for the New Year.

This is best used for those who celebrate the holiday. In informal writing and sometimes on Christmas cards, you may sometimes see this as Merry Xmas.

Used for those who celebrate the holiday.

Used for those who celebrate the holiday and often seen on greeting cards.

A very common greeting used the days before and the day of (January 1) New Year’s Day.

Note: Immediately after the New Year, it is still common to say ‘Happy New Year’ the first time you see your colleagues or friends during the first days of January.

Conversation Starters for Talking about the Holidays in English

Use these questions to start conversations with your English-speaking colleagues and friends about their holiday plans.

Curious how your friends spent the holidays after everyone returns to work? Use these questions to find out.

After you’ve watched the video and reviewed the lesson, I’d love to hear from you!

Do you have any special traditions for this time of year? How do celebrate the holidays or the New Year?

Share your holiday traditions in the comments section below.

I’d also love to know if there are any common expressions that you use during this holiday time. Would you share some of the traditional expressions in the comments below?

Have a lovely Confident English Wednesday and enjoy talking to your friends about their holiday plans in English!

#191: Talking about Pros & Cons in English
#182: 25 English Collocations with 'Stay' [Vocabulary-Building Lesson]
New Ways to Say Thank You & You're Welcome in English 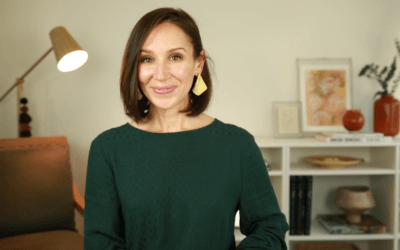 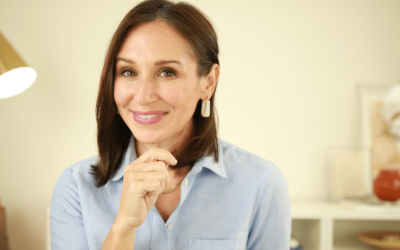 Thank you so much for this good tip! In may country is very common to say “Merry Christmas” and “Happy New Year”. I am brazilian. Happy Holidays and Happy New Year!

I’m so glad this lesson was helpful! I hope you and your family had a wonderful Christmas and I wish you a Happy New Year! 🙂

Good evening Annemarie so for me as a muslim person we celebrate a Mawlid An Nabi. and that Holiday not be always in December it may be in January and in all months of tha year because there are 12 days less among arabic calendar and Gregoriane Calendar. for foods we have a speacial Meal in that day here in Morocco my mother cock Checkin with special Loafs we call it (Rghayf) and for the greating in that day we say AID MOBARAK SAID it mean happy HOliday. also for Clothes we weat a traditional clothes for that Special day… Read more »

Thank you so much for sharing about your holiday! And for providing more details about Mawlid An Nabi. It sounds like you have a wonderful way to celebrate the holiday. 🙂

During the December is special for every countries. Especially our country is special for the end of month 31 new year celebration very grand and few Christian people celebrate Christmas.these days every Christian homes are decorated with stars and light decorations in Christmas trees and make little tent in Jesus pretend doll. It’s competition of every streets who make good decorations they get some prizes . Meanwhile people are share variety of greetings send to post or Facebook, Twitter and what’s app.they share their Gratitude’s. However compare to Christmas people are more celebrate New year. this is special for every… Read more »

Thank you for sharing about your traditions and customs for the holidays, Sabarinathan. I enjoyed learning about how you celebrate.
I hope you had a wonderful holiday season with your friends, neighbors, and family! ~ Annemarie

Heloo Annamarie! thank you all your lessons and effort to develop our English skills. yees, winter holiday is coming and people in Georgia have already started preporation for Christmas and New yar. traditionary we should have many fooda and swettness on a table. we have special meal for New year. mmm…. love it 🙂 I always calabrate christmas with my femily. I love decorate christmas tree and rooms with ligets and ornaments. but I dont know how it will go on this yer bicouse of my 1 yer and 3 month crazy girl. she will destroy everything 😀 wish you… Read more »

Thank you for your comment! I’m very glad to know the lessons are interesting and useful to you.
And it’s fun to know that we have many tradition in common, such as decorating a christmas tree, cooking many traditional dishes, and spending time with family. I’m sure it must be fun to celebrate with your little girl! Many best wishes to you, Annemarie

Hi Annemarie, Happy Holidays! December is a favorite month of the year hear in the Philippines, and we usually prepare some display decorations to our house with Christmas tree as one of the most. Vacations to other places is one of the itinerary with the whole family and friends. First week of the month, parties and events is very common to any establishment as a part of thanksgiving for the whole year of successful business. Like in our office in the automotive industry we’re going to have our Christmas party on the 10th day of the month, lot of surprises… Read more »

Thanks so much for sharing some of your holiday traditions! I love learning about celebrations around the world. And it sounds like we have many in common!
Enjoy the holiday season! ~ Annemarie

Hello dear Annemarie,
In Lithuania The period Christmas time is especially important not only to get ready for celebration, but also to think about how much I can help other people, animals, etc. This is the spirit accumulation, prayer, silence …
Warm wishes to you☺💖
Audrone

Beautifully said, Audrone. Thank you for talking about the holiday season in Lithuania! And I agree, it is a scared time as well.

Have a wonderful holiday season! ~ Annemarie

Hi Annemarie,
In December, as like you,
I haven’t long holiday except one day of Christmas.But, start from
second week of December,
we can see Christmas trees and colourful lights at everywhere.And then,
among the friends, prepate to sing Christmas songs and display decoration their home for gathering party.I think, Christmas tree is popular of Christmas tradition. Every year, I am special guest among my friends.I always
accept benedition with my friends at Church. I hope and wait Christmas Day.
San Dar

Thank you so much for sharing some of your holiday traditions! It’s wonderful to learn about new traditions and to find out what we have in common. I hope you have a lovely holiday season with friends and family. ~ Annemarie

Hi. Annemarie!
I am 69 years old from Altay Region. Russia. Siberia. I many years dreems stadiing English. Abaut 2 years ago
myiself by sitcom YouTube and many others lesson on Facebook start stadiing English. It very difficult and
I have many problem.
Very sorry for my mistakes.
Have good day! Nikolay.

Thank you for your comment. And how wonderful that you’ve been making progress on your own with websites and YouTube! The good news is, you can only go forward! I wish you continued success and progress in your English. Thanks for joining me with my lessons. ~ Annemarie